Thank you to everyone who designed a flag for our Fashion a Flag Flash Art Contest – they were all AWESOME!

It was a tough decision, and we found we couldn’t choose just one winner, so we decided to have TWO winners!

Let’s explore these fun, make-believe countries and their flags! 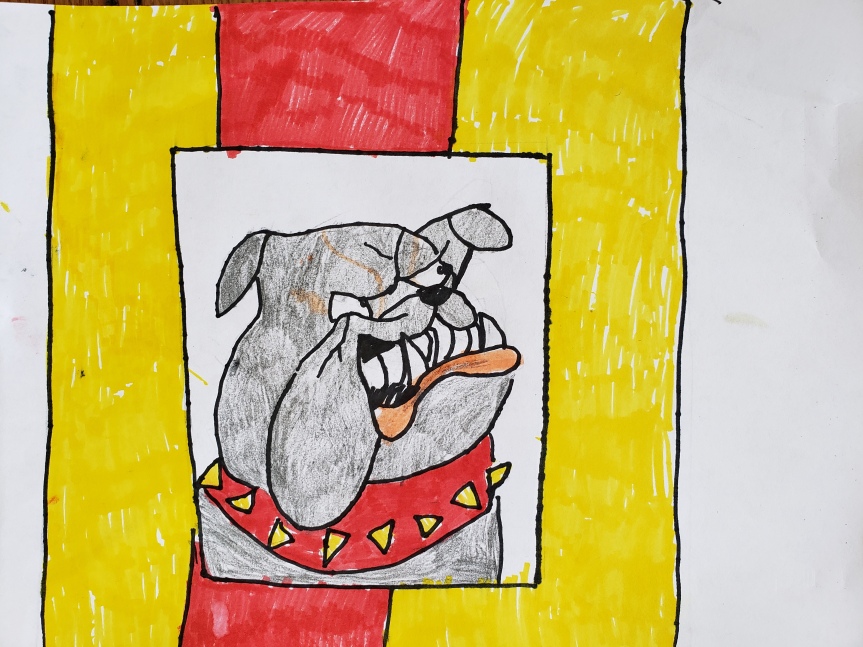 Doglandia is a country where most people have dogs!

Letter K is the first letter of her last name.
Pink, purple and blue green are Alyssa’s favorite colors.
Inside the letter K are portraits of her family members (dad, mom, a little brother, Alyssa and a little sister).

A car is for traveling, two palm trees are for going to the beach and a camera is for taking pictures. The sweets (popsicle, ice cream, lollipop, cake) and a watermelon represent some yummy foods that anyone can enjoy in her country.

A book is for reading, because Alyssa wants everyone to read every day. A slide stands for children’s playgrounds and parks.

Alyssa would also like to have lots of friends, so they can play ball together, solve puzzles, build LEGO, and share their toys with other kids.

Thanks to our winners for these awesome flags and their countries. They both would be super-cool places to live!

Categories: Show Us Your Stuff