We made this post into a podcast. Listen here.

We know that Boxers can punch with a smashing force. But did you know that’s nothing compared to the hard-hitters of the animal world?

Boxers may strike for sport, but in nature, these critters have to fight for their lives.

Let’s take a look at powerful punches, crazy kicks and stupendous strikes with some hard-hitters of the animal world.

Perhaps the fastest punch in nature belongs to the Mantis Shrimp species. But don’t let their 4-inch size fool you. These little crustaceans have such a powerful punch that it creates small implosions in the water. These bursts are so intense that they can generate heat, light, and sound.

Some species of the Mantis Shrimp have specialized appendages that can smash like a club and spear like a harpoon. To hit so hard, the Mantis Shrimp has developed a system of links. One link pushes the next to create a punch that is 2,500 times the shrimp’s body weight. Now that’s one powerful punch! 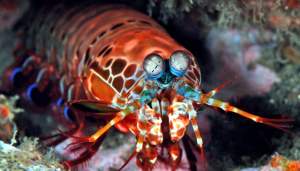 In fact, if humans had the strength of the mantis shrimp, we could punch our way through steel. Scientists that have studied this species of shrimp must keep them in a unique plastic aquarium, so they don’t smash their way out.

The Mantis Shrimp is not only strong, but it’s fast, too. It can throw a punch in 800 milliseconds. It’s so speedy that with a blink of your eye, this crustacean could have punched about 500 times.

With all this force and speed, their favorite prey of crabs and clams don’t stand a chance.

Did you know the Mantis Shrimp’s eyes are on stalks and that they can move them in all directions?

Ants are incredible insects, but the Trap Jaw Ant takes the prize when it comes to speed. This lightning-fast insect can clamp its mandibles shut at 140 mile-per-hour.

But that’s not all it can do. As its name suggests, the jaws of this ant are used to trap its prey. It does this using tiny hairs on the inside of its mouth. When the sensory hairs are tickled by an object or the ant’s prey, it triggers the jaw to snap shut. It slams with a force of 300 times the ant’s body weight.

The Trap Jaw ant can also literally fling itself out of danger’s way. It does this by burying

its head in the sand, then pushing itself backward.

Scientists are astounded by another trick this little ant uses to escape its prey. It stretches its giant mandibles as wide as they will go, then snap them shut. The force it produces is like a spring-loaded catapult that shoots them to safety. Now that’s “springing” into action!

Did you know, the Trap Jaw Ant is one of the few species that can also jump using its legs?

You do not want to mess with a Kangaroo. This marsupial-bruiser knows how to be a hard-hitter. In fact, like any pro boxer, the kangaroo has many skills. He can jab with his forepaws, grapple using headlocks and has a unique style of kickboxing.

But a punch in the nose is the least of his opponents troubles. The real threat is the

kangaroo’s powerful kick. Using an amazing technique, the male kangaroo balances on his tail and uses his muscular back legs and feet to deliver a smashing blow. If that isn’t enough, the kangaroo’s toes each have a sharp toenail that is capable of disemboweling an opponent.

Luckily the kangaroos belly is covered in thick skin to help protect him from getting hurt. However, some other species of animals may not be so fortunate.

More Fun Facts About the Kangaroo

Did you know some male kangaroos can have huge bulging biceps? This feature makes them more appealing to the females.

The striped patterns of the Zebra help them stay safe from predators. But if this horse-like mammal has to defend itself, or the rest of the herd, that hungry lion better watch out.

Zebras can kick with such a powerful force, that it can knock out, or even kill, a large predator. That’s because when the zebra delivers its kick, its directly to the noggin.

Male zebras have also been known to fight with each other. Battling one-another in pursuit of a female is common practice. Two males will fight for dominance by biting each other’s necks and legs. Once the weaker zebra has fallen, the battle may end with a final blow to the head.

More Fun Facts About the Zebra

Did you know zebras will use both their front and back legs to deliver a kick? 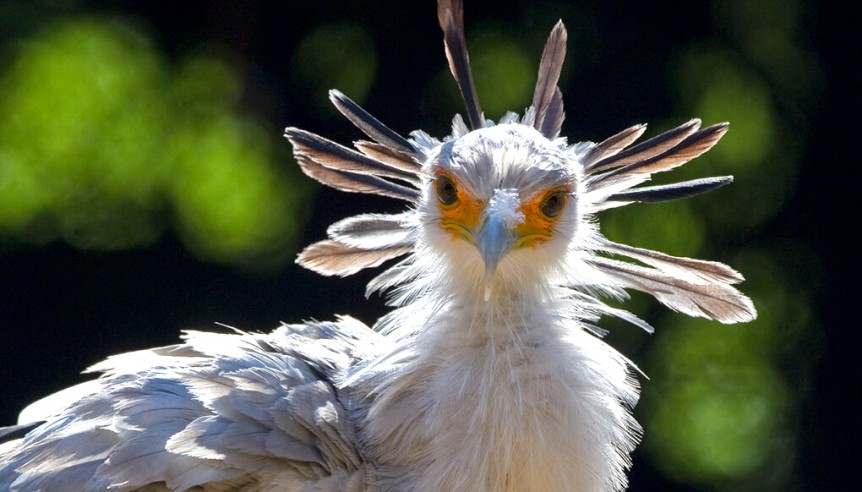 It may look like a prehistoric dinosaur, but the Secretary bird is far from an old relic. This spindly-legged ninja strikes with the speed and ferocity that is astounding scientists. Delivering a powerful blow five times its body weight, the Secretary bird can kill a snake in a hundredth of a second – that is faster than we can blink.

They do this by stomping their foot onto the head of their prey. However, unlike other

birds-of-prey that need to swoop down or get a running start, the Secretary bird can stamp out its victim from just standing on one leg.

Scientists are now using this remarkable information and applying it to the world of artificial limbs. Who knew the Secretary birds hunting skills could someday help us make a better prosthetic arm or leg?

Did you know this bird will stomp the ground with its long legs to flush out its prey?

From powerful punches, crazy kicks and stupendous strikes these hard-hitters of the animal world are only some of the amazing creatures that defend themselves in strange ways.

If you’d like to learn more about these or other insects and animals, visit your local library or the web; you may be surprised at what you discover.