Listen and read-along with this story by, Erin DiStefano.

Clare was terrified of the dark.

Even more than getting pinched on the cheeks by her Great Aunt Marjorie.

Clare was petrified of the dark. So a field trip to Mammoth Cave was not her idea of fun.

Clare was last to get off the bus.

She was last in line.

And she hoped she would be the last person her teacher, Mr. Hill, would remember, but he ushered her forward with the rest of the class. 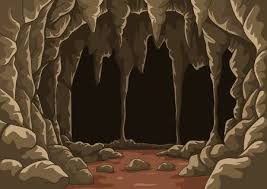 The mouth opened like a giant shark, wanting to gulp her up.

The cave was dark and creepy and crawly.

Worst of all, the cave was nearly dark.

In the cave, voices echoed down the shadowy tunnel ahead of them. 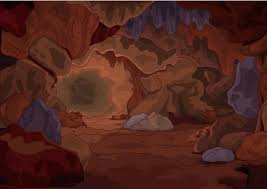 “These caves were formed by water flowing through the limestone rocks over ten million years ago. They are the longest caves known in the world!”

Clare thought ten million years was a long time. Even her Great Aunt Marjorie hadn’t been alive that long.

As she looked ahead at the looming darkness her terror pushed any thought of Great Aunt Marjorie away.

Everyone but Clare giggled.

“This room, or cavern, is called the organ room. When the wind blows really hard it 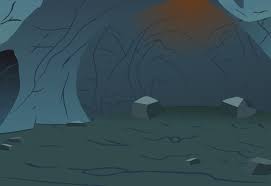 funnels down through these hollow pipes. Stay quiet and maybe we can hear the sounds.”

A low eerie whistle filled the cavern, bouncing off the walls and sending an echo through the tunnels.

Clare covered her ears, but the hollow howling still surrounded her.

“Now this is my favorite room. It is filled with hundreds of thousands of living fungi and microorganisms. You can’t see them right now because the lights are on, but when I turn off the lights…”

Clare squeezed her eyes shut trying to keep in a scream.

The darkness pressed all around leaving her breathless.

“What you are seeing is called bioluminescence. The fungi and microorganisms create an enzyme that reacts with the oxygen in the air and makes the blue and green glow.”

The cave was still dark.

But now it was beautiful, magical even, faintly lit with tiny points of light covering the ceiling and walls. It looked like the stars Clare could see out her window at night. The stars that made the dark not quite so scary. The more she looked the more the magic of the cave made her forget. 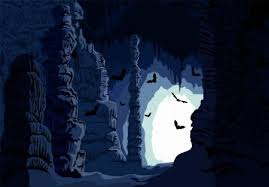 “Now, if you want to follow me slowly, watch your step, we can go to the next room. It’s called the bat cave!”

She followed the guide.

Erin DiStefano is a writer living surrounded by the magic and mystery of the Appalachian mountains. She recently graduated from Hollins University with her MFA in Children’s Literature and enjoys her work of organizing and sharing the most magical things of all–books.

You can find her hiking with her whole family (except the family fish Bubbles, he hasn’t figured out the whole leash thing yet), playing tennis or lounging in her favorite place, her hammock, reading a book. One of these days she hopes to have a dog, some chickens and a lot of land they can all run around on. Her picture book manuscript Caves won second place in the 2018 WV Writers Competition.