Listen to Tilly’s Amazing Rainbow Shoes and follow along with the story below.

New shoes for Tilly was always a problem and today was no exception. Tilly never liked

the shoes the shop lady showed her – and there were lots.

“Too blue.” Tilly shook her head.

“All little girls like pink shoes,” growled the shop lady.

Mom tried to help, “Tilly just likes to be different.”

The shop lady smiled oddly, “actually, I do have something very different,” she suggested.

Tilly liked the word ‘different’ and ‘big flop’ didn’t bother her at all. In fact, flop sounded nice – like Floppy, her rabbit. Flop sounded like plop which made her giggle.

Tilly’s Mom sat in a nearby chair, exhausted. “If they fit, we’ll take them!” She sighed.

What’s so special about Rainbow Shoes?

First thing is, people notice you. They say things like ‘cool shoes’ or ‘never seen shoes like those’ or ‘where did you find those crazy shoes?’

But were Tilly’s shoes so special?

When she wore her Rainbow Shoes, Tilly always wore her brightest clothes, like her red and blue T-shirt, yellow shorts, and her funky orange hair band!

Tilly also always chose the most colorful ice cream to match the shoes. Like strawberry, banana and chocolate with sprinkles.

Tilly skipped along zippier with her Rainbow Shoes, jumped higher, and ran faster.

Tilly even sang snappier tunes…and much, much louder.

Before long, all Tilly’s friends wanted Rainbow Shoes, too.

The shoe shop lady put up a sign in her window. It read;

She also put up the price.

Soon the Rainbow Shoes were sold out!

However, this was a big problem for Tilly.

“What’s the point in having shoes that are different,” complained Tilly, “when all my friends have the same ones.”

“But you have started a fashion-trend,” Mom said. “You got the idea, and all your friends copied you. That’s nice.”

Tilly wasn’t so sure.

Could they all jump higher and skip faster?

Tilly decided to test the magic in her Rainbow Shoes.

“Only girls with Rainbow Shoes are allowed!” Announced Tilly, lining up the skipping girls.

“Not fair,” said Lola, who had blue shoes.

“Absolutely not fair,” said Gina, who had red shoes.

So, Tilly decided everyone could join the ‘who could skip the fastest competition.’

Lola with the blue shoes won. Tilly came in second, but all the girls agreed, “clever idea, Tilly. That was good fun.“

After school, Tilly decided on a ‘who could trampoline the highest competition’ in her garden.

Gina won. But they had to take off their shoes, so…maybe it didn’t count.

Tilly was no longer so sure about the magic in her Rainbow Shoes.

One day, the Rainbow Shoes started to pinch and nip.

“Ah ha,” laughed Mom. “You have been growing fast, it must be all that skipping and trampolining. Time for new shoes!” 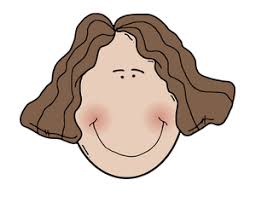 The shoe shop lady did not smile, when Tilly and her mom entered the store. She recognized the difficult, different Tilly. But then she remembered that she had sold ten pairs of those flop Rainbow Shoes to Tilly’s friends and suddenly her smile nearly split her face in two.

Tilly had to agree that those shoes looked very smart. But she thought for a minute and asked, “have you got some shoes in your cellar where there is only one pair left?”

“Hmmm,” the Shoe Lady puzzled. “I’ve got just one pair of red sneakers with white laces in your size, very ordinary and from last year.”

However, to make her ordinary sneakers a bit more special, Tilly stuck blue and yellow stars on them. And to her surprise, she could skip even faster and trampoline even higher.

“It must be all those stars on my red sneakers,” Tilly thought.

But then…all her friends started sticking stars on their sneakers, too!

Andrea is a retired English teacher that immensely enjoys writing. She also writes Edutainment stories for a UK publisher and has a few children’s books published – Pink Wish Ice-Cream, Zoo Island, The Grumpy Princess, to mention just a few.