Would you believe these are all penguins? It’s true!

friends with these cool facts. And don’t leave before you’ve had a chance to test your Penguin IQ and count the penguins in our “waddle of penguins pic.”

There are 17 species of penguin. These flightless birds live in the Antarctic and in South America.

The four species found in Antarctica are the Emperor Penguin, the Adelie Penguin, the Gentoo, and the Chinstrap Penguin. 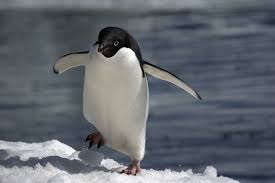 The male Adelie Penguin will give a rock to the female as present. The female penguin uses rocks to build her nest.

Both the parents take turns sitting on the egg and raising the baby penguin.

Male Emperor Penguins gather in large groups to incubate the eggs. The female penguins are out at sea searching for food.

The males can sit, keeping the eggs safe and warm (on top of their feet), for up to two months. When the female returns, she will continue caring for the newly hatched baby penguin while the male goes out to sea for food.

The outer feathers of the penguin are very dense. They are covered with a special oil that keeps the water out and the penguin nice and dry. The feathers closest to the bird’s skin are downy.

Penguins also have a thick layer of fat that helps keep the chill out and the warmth in. 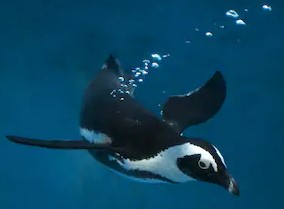 The black and white bodies of the penguin species isn’t just a fashion choice. This color-combo keeps them safe from predators. Their black backs blend into the sea when a predator is flying overhead, and their white bellies blend with the sunlit surface from predators down below,

Penguins are carnivores. They love to dine on fish, krill, crabs, squid, and other “fishy” species.

The Chinstrap Penguin is named because of the black line that runs under its “chin.”

No. The Macaroni Penguin doesn’t have any pasta hidden under those slick flippers. However, it does have long orange feathers growing from the top of its head.

Rockhopper Penguins have red eyes and long protruding feathers on their heads.

The Emperor Penguin is the largest. It can weigh up to 99 pounds (45 kg)! The smallest penguin is the Little Penguin. It weighs only 3.3 pounds (1.5 kg)

What’s your Penguin IQ? Take the Quiz to Find Out!

1. How many species of penguin are there?

2. What do penguins eat?

3. Where are four of the penguin species found?

4. What is the fastest underwater speed a penguin can reach?

5. Which is the largest penguin species?

6. Which penguin gives the female a rock?

7. Why are penguins black & white?

8. Where do the other 13 species of penguin live?

9. Which penguin has red eyes?

How Did You Do? What’s Your Penguin IQ?

All 10 Correct – Enjoy Your Squid!

None Correct – We Don’t Mean to Mock, But You Get a Rock!

How Many Penguins Do You See In This “Waddle?” 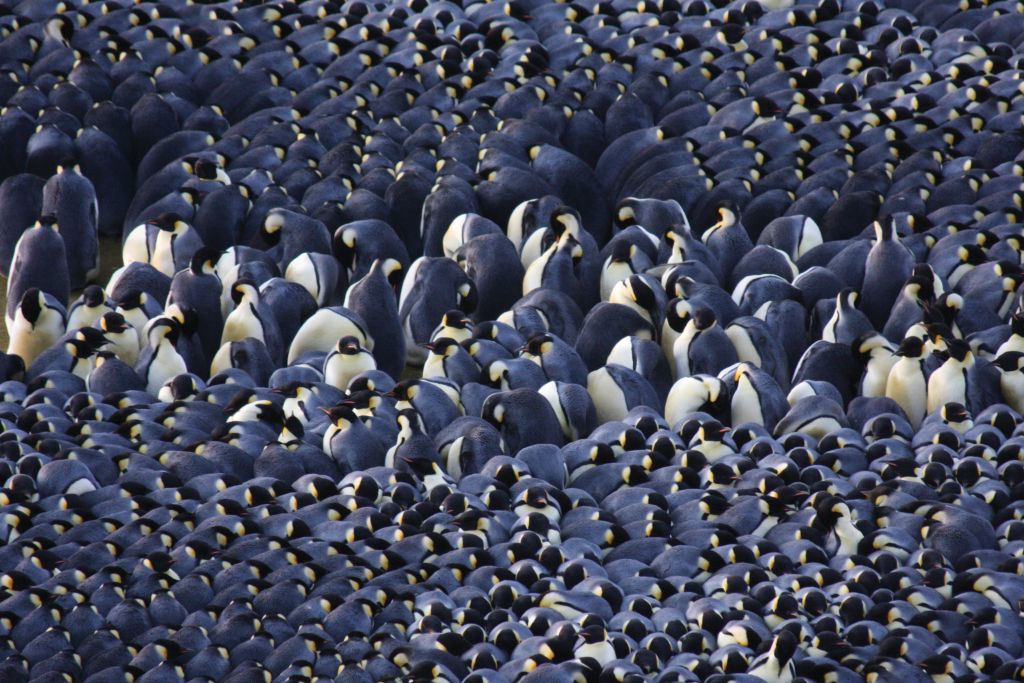 Tell us your answer in the comments section and let’s appreciate the penguin today!